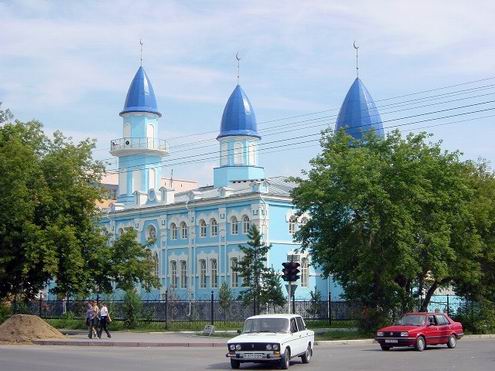 For tourists wishing to visit Kazakhstan, Kostanai is a unique window into the country’s rich and varied cultural heritage and history. Perched on the Tobol River in northern Kazakhstan, the city is almost 140 years old and offers a variety of historical sites and monuments.

Kostanai, formerly known as Kustanai, is the administrative center of the Kostanai region, where food processing is one of the city’s economic drivers. Founded in 1879 as a Russian settlement, the city boasts a sharp continental climate, marked by hot summers and cold winters with scant snow. In the 20th century, Kostanai became a connecting link between Asia and Russia and a large trade center, according to visitkazakhstan.kz.

One of the first industrial complexes of the city was a brewery built by a Swiss national named Lorenz. This became the biggest brewery in Southern Ural on the territory of modern Kazakhstan, where beer was dispensed into brand-name bottles.

In the 1950s, Nikita Khrushchev’s agricultural program aimed at easing foot shortages resulted in a sizeable growth of Kostanai’s population. Agricultural development has continued since the end of the Soviet era. Testament to that is a five-meter sign that visitors can behold at the eastern entrance of the city, which reads something like “385 tons of grain” and is updated weekly.

Tourist offerings also include a Sunni mosque, Kostanai Regional Memorial Museum of renowned Kazakh educator Ybyrai Altynsarin, Kazakh Drama Theatre and Central Square, as well as historical monuments of Kazakh intellectual Akhmet Baitursynov and Russia’s beloved poet Alexander Pushkin. Travelers can also pay a visit to a memorial dedicated to victims of the Second World War, a monument of Charlie Chaplin, as well as a square named after Soviet agricultural workers, the French cultural center, and an Orthodox church.

Pack your bags, dear visitors, and make sure to snap photos!